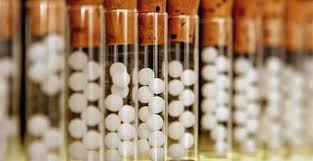 It is a misconception that has been developing in the recent times. Due in many cases after seeing the improvement in a very short time people think that Homoeopaths give steroids.In certain illness like hyperacidity, anxiety disorders, asthma, eczema, migraines and many more that can otherwise only be temporarily treated with conventional medicine and steroids, Homoeopathy provides quick, safe and permanent relief. Homoeopathic medicines make things normal within the body. It corrects the disease instead of suppressing it. When the medicine provides quick relief the patient and others are prone to think that it contains “steroids”.

If we carefully observe a person undergoing constitutional treatment with homoeopathic medicines, we can see various interesting changes taking place in his/her body, mind and emotional plane. Can you believe homoeopathic medicines can convert an introvert into an outgoing person, a diffident child into a confident one a jealous and restless lady into a milder and relaxed one?   Even  features and physique change to a great extent and that too always positively. If you feel generally better after taking a constitutional medicine that does not mean the medicine contains steroids. It happens because usually most of the polycrest (a medicine of many uses) medicines have a broad sphere of action and they affect almost every part of human body including the endocrine system and improved hormonal levels and a generally improved health is what is responsible for feeling of well being; rather it is the first sign that the medicine is working well and is the right medicine for the patient and ideally this feeling should not be temporary like in case of artificial hormones.

Most Homoeopaths use lactose as a base for holding the pills, containing the homoeopathic remedy, together in the powders. The pills themselves are made of cane sugar, a reducing sugar. Moreover, almost all homoeopathic remedies have alcohol as a diluting agent. One can see how homeopathic remedies, either as pills, powders or in alcohol, are likely to give a false positive test for steroids if this Layer Chromatography Method & the UV Absorption method is used. This Other methods used to test steroids are Liberman Buchard test.

Almost all steroids show UV absorption between 235 and 240 NM in dehydrated alcohol or methanol in a clear solution. A complete spectrum of this solution is taken between 400 NM and 220 NM on a suitable spectrophotometer.

If any steroid is present, it will show maxima at 240 NM.It was decided to test the same homoeopathic remedies for steroids using the UV absorption method. None of the four samples showed maxima between 230 and 250 NM, indicating an absence of steroids. The same samples, when adulterated with a steroid, showed maxima at 235 NM. (The steroid added was clobetasone-17 butyrate which has maxima at 235 NM).

Thus it is clear that before accepting a claim that the tested medicine does contain a steroid, one must find out what testing procedures were used to eliminate the possibility of a misleading result. If tests conclusively prove that the medicine given is indeed a steroid, under the guise of a homoeopathic remedy, then one must confront the doctor and seek an explanation or complain to the Homoeopathic Council so that disciplinary action can be taken against the erring doctor.

Therefore it is concluded that all Homoeopathic medicines are prepared by using scientific predefined methods of extracting the medicinal properties from source substances. There is no scope or need to adulterate the derived medicines with any other substances, as this would completely obliterate the curative properties of the same. The prescription of homoeopathic medicines is based on the similarity of the symptoms of the patient with those produced by the drug (in its purest form) when proved (clinical trials) in healthy individuals. So any addition to the original medicine would completely alter its medicinal properties.

If steroid is added, the medicines will taste bitter.

Homoeopathic system of medicine is the second largest medical system in the world according to the World Health Organization (WHO) statistics.

Homoeopathic medicines containing steroids is nothing but MYTH & MISCONCEPTION.