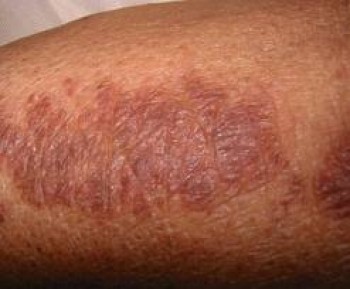 Lichen planus is a skin disorder that forms like a rash anywhere on the body. It can even form on the mouth, on the sides of the tongue, or on the insides of the cheeks and on the gums. Lichen planus is not a serious disorder or disease and very often heals by itself. It is, however, good to get it checked with a medical practitioner if you have a similar rash anywhere on your body.

Some signs and symptoms related to Lichen Planus..

The common causes and risk factor’s of Lichen planus include the following:

Because the exact cause of lichen planus has not been identified yet, the condition simply cannot be prevented. However, in case the disease aggravates due to exposure to certain allergens or intake of some drugs, these potential triggers must be eliminated. Hepatitis C and B must be treated properly and if they are brought under control in some patients, even symptoms and signs of lichen planus may improve.

As the exact cause of Lichen Planus is not known, for correct  homoeopathic treatment, constitutional medicines havve to  be considered.

Antimony Crude, Arsenic Album, Arsenic Iodum, Juglanscinerea, Kali Bichronium, Sulphur Iodatum etc are some of the remedies indicated for Lichen Planus. Doctors try to match these remedies with the patient’s mental and physical picture like for example: