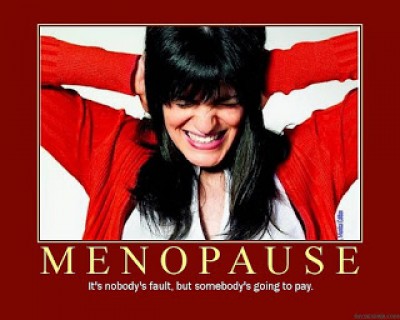 Priti, a 47 year old a market research analyst presents with chief complaints of “sweats and hot chills” (6-7 episodes/day), accompanied by increased emotional liability and crying outbursts over the past 3 months. She reports irregular periods over the last year (skipped 2 months without menses once, having heavier or lighter menstrual flow).

For the past 3 months, Priti  noticed that not only it has been taking longer to get to sleep, but also she has not been able to maintain sleep, waking up on average 3 times per night. She also noticed that some nights she wakes up sweating, which makes her very uncomfortable. She reports being more tired and with difficulty concentrating at work.

She has been using an over-the-counter  sleeping  pills because it “helps with headaches and helps her sleep”.  She has recently stopped taking painting classes as she has lost interest in social activities too.

She has never sought treatment because “it was not severe enough to affect her job or concentration the next day” and “it would go away when the periods come” , until one day her symptoms became very severe and had to visit her Homoeopath who gave her a detailed explanation that she was passing through the menopause stage.

Menopause is not a disease that needs to be cured, but a natural life-stage transition. It is commonly known as the “change of life”, is the period during which ovulation and menstruation comes to an end in a woman between the age of 45 and 50.

It is produced when there is a decrease in the secretion of hormones, estrogen and progesterone by the ovaries.

Role of Homoeopathy in Menopause….

The doctor took a detailed case study i,e- complete history right  from origin, duration     and any other health related issues. He took a detailed analysis of her nature and behaviour and prescribed a constitutional medicine on this basis.

With continued treatment, she noticed a gradual improvement .The first symptom that improved was Priti’s anxiety. She began feeling confident again and the episodes dissipated. She started sleeping well,  her mind began to feel clearer and she was able to accomplish her daily tasks. Her periods remained irregular, about every other month, which is normal in this stage of Menopause.

The homoeopathy treatment for Menopause entails a detailed study of the individuals constitution whereby the remedy that covers all aspects is prescribed.

There are few medicines I would like to mention which are frequently indicated in Menopause: